Is it Live or… 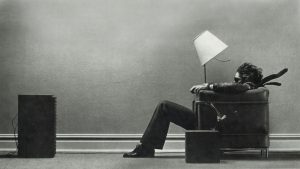 Remember the old commercial with the slogan “Is it Live or is it Memorex?” The conclusion that Memorex wanted you to draw was that quality of the recording would be so good that you wouldn’t be able to tell the difference. That you would prefer the recorded music to a live performance.

Technology has come a long way since that commercial (1972). If we are talking about sound quality alone, a professional recording would be hard to match in a live performance these days.

As a professional performer with a focus on ministry these last 40 plus years, I have seen the tides change on the “live vs. recorded” question, especially in the area of drama. I have written about it a few times, most notably here. For the church today, the consensus seems to be that live performance is “out,” video is “in.” And why not? Quality video is easy to obtain and relatively inexpensive. You don’t have to worry about an actor forgetting lines, and you don’t have to move anything on the platform to accommodate a living room setting (sofa, coffee table, and lamp) for a scene that only lasts 5 minutes. It is rare to find a church today that does not use video in some form at their church services every week.

And yet I hear from people in churches all the time that they miss live performance. So I decided to conduct an informal poll on Facebook. I wanted to see if the perception were true that, due to cultural shifts, more people would prefer video to live performance. I asked this question:

“Informal poll for my church-going friends:

There was great participation, with over 135 people responding to the question on 3 different FB sites in 24 hours.

Here are the results:

I know this not scientific. There is a bias in that most responders were in an age bracket closer to mine (between 50-70). It would be interesting to see how a mostly millennial sampling would have responded. And because of my connections in the arts, there are more responses from people in the performing arts than you might find in a more random poll. One responder questioned if the responses favored “live” over “video” because I, a theater person, was asking the question, rather than a person who does video for a living asking the question. Fair question and I am sure the results were skewed some because of that, but I don’t think that the vast majority were answering the question to satisfy the poller.

Note that there are also several pastors responding to the poll. One of the more interesting responses from a pastor was this:

Live would be more impacting, BUT, as a pastor I would have to consider the actors afterwards. Will the focus be on them and their performance? Would the video allow the people to more easily integrate it into my message?”

The implication being that the live performance might “upstage” the sermon. I have long suspected that a pastor might feel that way, but had never heard someone actually verbalize it.

There were a few other surprises. There were some theater people that I would have suspected would choose “live” who actually preferred “video.”

Many of those who chose video over live cited more practical reasons dealing with “easier for more people so see and hear in a large auditorium” as opposed to the artistic impact on the audience. And there were many who, rightly so, said it would all depend on the actual piece; that some pieces would translate better on video than live.

I am frankly surprised at the results. I would have expected video to come out ahead, given the shift in how often it is used in the church. But maybe the overuse of video has a lot to do with these responses.

My take-away is that the shift away from live performance in so many churches today does not reflect the preference of the people in the audience. Many have suggested that this is a pendulum swing and that live performance will once again come back.  Me, I’m not so sure.

In the meantime, let me know if I can come to you “live.” No Memorex, I promise!