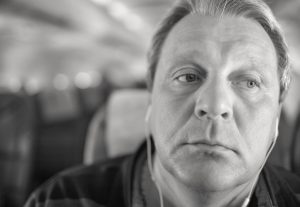 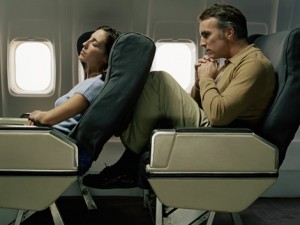 I‘m a pretty seasoned traveler, and for domestic airline travel I am a big fan of Southwest Airlines…most of the time. Lately it is pretty rare to get on a SWA flight that does not have every seat booked. And like most airlines, they are moving the rows closer together and making the seats smaller. Air travel is a truly uncomfortable experience. For the uninitiated, SWA does not assign seats so it’s first-come first-served when you get on board. There is no “First Class,” however you can earn or pay your way to “A-List” status which allows you to be among the first 60 on the plane and have first choice of the seats. I am one of the “elite” as I fly enough to have earned A-List status and my preference of an aisle seat is always waiting for me. The exit rows (more leg room) and aisle and window seats go first. The last to board get the dreaded middle seat. You always know that the flight will be a full one long before the plane is full because the flight attendants will begin urging the people to fill the middle seats. One of their favorite lines is “do not avoid eye contact.”

Eye contact! It’s not something most of us consciously think about. The boarding process is a great lesson in non-verbal communication—like putting it under a microscope. We are sitting there looking at our books or hand-held devices, or eating our sandwiches. We are sending out all kinds of non-verbal signals that scream, “do NOT sit in this empty seat next to me!” We sprawl over into the middle seat; place our coats on it to make it look like it is already taken. Put in those earphones so we can’t hear the unavoidable question, “is this seat taken?” A few people (not me, of course) have been known to cough and blow their noses loudly to dissuade others from considering the seat. Then the announcement comes, “do not avoid eye contact.”

That’s the game-changer. Now we know someone WILL be sitting in that middle seat. We might have a bit of power however,  because we just might be able to control WHO will sit in that middle seat and occupy our space for the next 2 hours. The implication is that if we make eye contact, the person contacted will assume we want them to sit beside us!

You begin to scan the bodies in the aisle—you want somebody pleasant to sit next to you. It’s like Goldilocks and the Three Bears. You don’t want someone too big, too loud, or too perfumed. You want somebody “just right!” You scan bodies avoiding the face until you spy just the right size person then you risk a look up to the face and the chance for eye contact. I typically want a female in that center seat, not for any salacious reasons, but simply put, they tend to not hog the armrest like a man does. I make eye contact, if I like what I see I will add a smile and hope for the best. Sometimes it works. But often I get the big guy whose one leg equals the two of mine. What you have to remember is that this game goes both ways, the person in the aisle is looking for just the right people to be wedged between for the next 2 hours. “Oh that guy has skinny legs, I’ll sit there.”

I pleasantly stand to let him in as I cough and blow my nose loudly.  (You did remember that I am an actor right?)

It is an interesting lesson in human nature. Something we actors are supposed to know something about. We observe people as a way to make ourselves more believable on stage. It occurs to me that something similar to “Do not avoid eye contact” should be happening in our churches every week as well. In some churches I see people giving off similar signals to the people in the pews each week. Many of us have our favorite places to sit, favorite people to talk to and routines that are comfortable. We often don’t stop to think that some of the people who are coming to the church are just like the last to board a SWA flight. They are looking for a place to fit in. We don’t usually want to admit it but we are saying all kinds of things to them without saying a word.

We need to come to church, and indeed to life in general, with our eyes wide open!