The Child Who Wouldn’t Accept “No”

“Daddy, can I have some ice cream?” 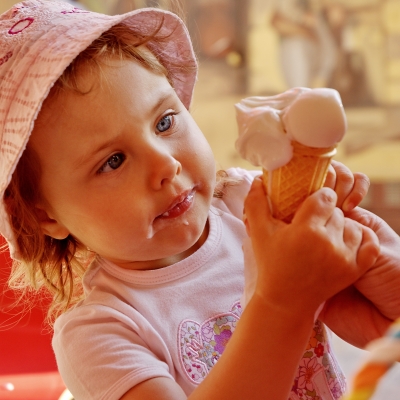 “Daddy, can I have some ice cream?”

“Please, Daddy, can I have some ice cream?!”

Can you relate?  We have all been there…probably on both sides.  I’ve been that kid who wears down the parent, and the parent who is worn down by the kid.  Sometimes it’s easier to give in than fight the battle.  But if you’re saying “no” for the child’s good, for health, or discipline,  or just not wanting to deal with a child on a sugar high…those reasons…you give in but feel guilty.  Show of hands?

I saw just that recently.  As you may know, I partner with the Christian relief and development organization, World Vision. After my performances I offer an opportunity for people to make a difference by sponsoring a child. Those who are interested meet me at a table afterwards where they can select a child to sponsor. It was at the table that I met Maria.

Maria made it to the table before I did and was holding a picture of a little girl from El Salvador.  “I want her,” Maria says.

“We’re from there,” Maria says.

Maria takes the picture folder and disappears into the crowd of people mingling in the foyer after the service. I visit with others at the table but also keep one eye tracking Maria. I spot her talking to what appears to be her mother. A few minutes later, her mother is escorted to the table by Maria.  She watches as her mother asks me questions about sponsorship, how much it costs, and what the sponsorship does.

“We’ll have to ask your father,” she says and then lays the picture folder on the table and goes back into the crowd.

Maria snatches the folder back up and ducks away again. A child on a mission.

A few seconds later I spot her showing the folder to her dad.  Dad is shaking his head “no.” Maria turns away. I am visiting again with more people but watch as her dad approaches the table and firmly sets the folder on the table and walks away… very much a “that settles that” sort of feeling.  I continue to visit with others at the table. 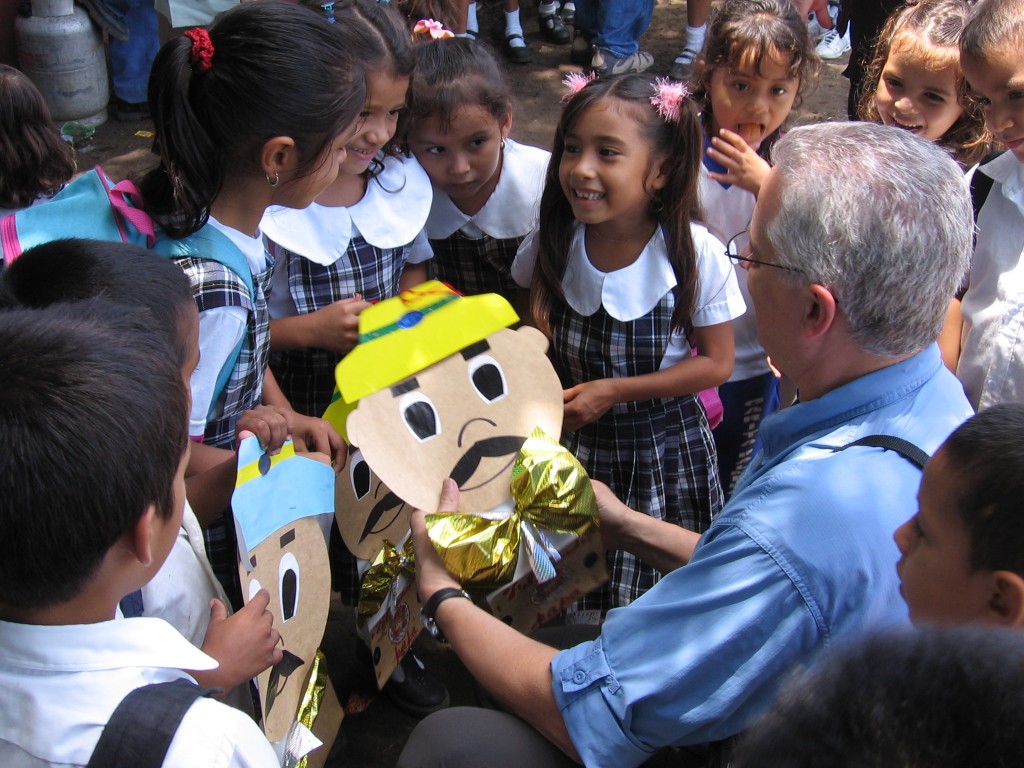 I turn back to see that the picture folder from El Salvador is once again missing from the table. Across the room I spy Maria showing the folder to an older couple and a few minutes later she has dragged them over to the table.  The couple is Maria’s grandparents.  Delightful people who share with me a bit about how they moved here from El Salvador and also share that they already sponsor a child with World Vision.  They would love to see this child sponsored but can’t do it themselves and confirm that Dad has said no.

I look down at Maria, “I’m sorry Maria, maybe next time.”

“But I want her!” she says.  With that she once again grabs the folder and disappears into the crowd.  I go back to helping others at the table who are signing up to sponsor children.

A few minutes later I look down to see Maria once again at the table beaming a big smile back at me.  Mom is beside her filling out the information to sponsor the child.  Dad is nowhere in sight.

Maria’s persistence won! I don’t know if dad agreed or if mom just decided to do it anyway, and deal with the consequences later.

I like to think that love won. I am pretty sure that at least two children will be better for it… and have a sneaking suspicion that probably mom and dad will too!

Would you like to say “yes” to a child in need?  You can easily do so here by clicking here!