Your Stories are the Best Stories. 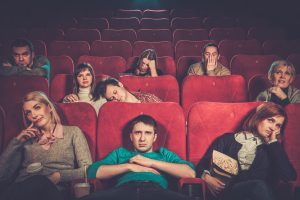 I was excited to hear a well-known author and speaker address a conference I was attending. I’d read this man’s books and had always been impressed with his stories and his ability to craft words in ways that move and inspire people.

As he got up to speak, my expectations fell like a rock. He opened his talk with a joke. A joke I had heard numerous times before. The audience laughed…but it was a “polite” laugh, giving me the impression that I was not the only one who had heard that joke before. He went on with his talk, and it was a good talk, but couldn’t get past the fact that this renowned speaker and master wordsmith would open with a joke.

A few weeks ago I was privileged to share a meal with another author and speaker. In the course of our conversation we were both laughing almost constantly with funny stories about our lives, travels, and families. At one point in the conversation he said, “I got rid of all my sermon illustration books. I discovered that I had more illustrations from my own life that were infinitely better than the ones in those books.”

It is not that those other illustrations were bad, and perhaps some were more dramatic or funny than his own stories, but they were not “his” stories. He discovered that his personal stories had more impact, humor and relevance than another person’s stories. When he told his stories there was a ring of authenticity that made the listener connect and want to hear more.

As I have watched the really good comedians over the years, my favorites are always the ones that focus on telling their own stories or observations, not telling jokes.

It is not that I don’t enjoy a good joke; in fact telling jokes was one of the ways I discovered my talent and ability as a performer. But I have learned, like my author/speaker friend has learned, that there is great power in telling your own stories.

So the next time you are preparing a speech, sermon, or emcee, don’t go digging through illustration books. Just spend a bit of time looking at a diary, photo album, old Facebook posts or even looking in a mirror. Trust me, there is some great material there!

(I’d love to share some of my stories with your church or organization. Check out Truth Be Told…from a Guy Who Makes Stuff Up or Go Ask Your Mother…a Father’s Story!)