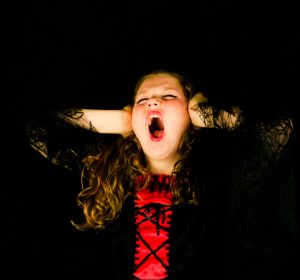 Sharing the stage with opera singers!