(In my previous blog I shared 3 Things that Artists Want Pastors to Know. I offered for a pastor to write a counterpoint to the article and got a taker. These are great insights for artists to heed as we work together in ministry!) 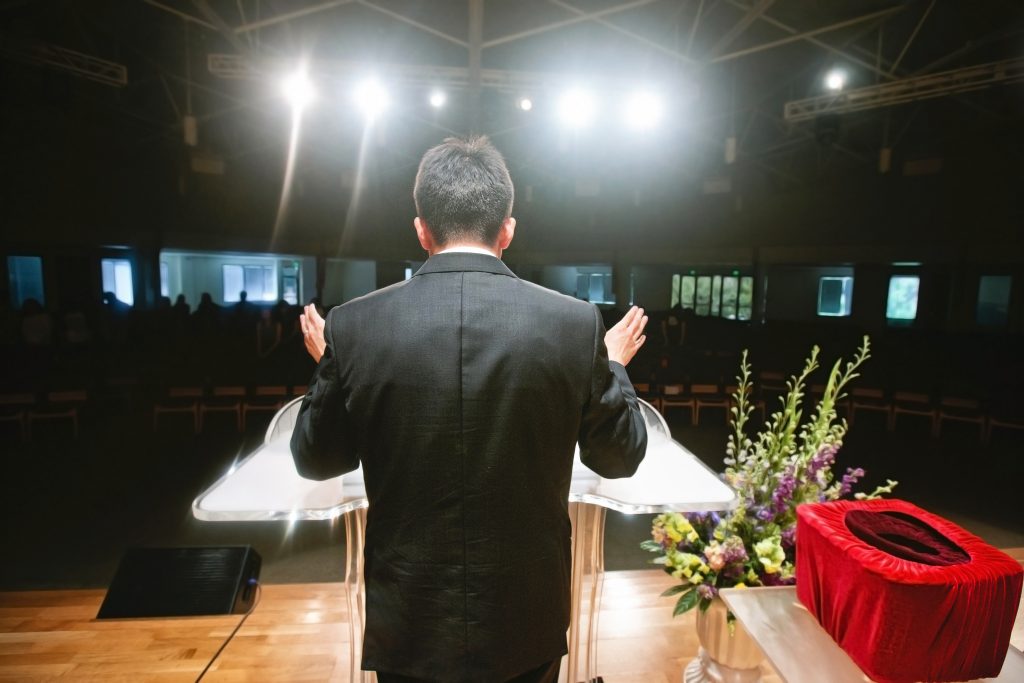 Please allow me to offer some balance to the discussion.

Performers might not realize that in some cases the congregation is not really interested in having anyone come to sing or act during the time that is normally used for congregational worship and preaching.
From my experience it seems that more and more the preacher has to sell the church on the idea of a live performance . . . (I have personally had great experiences with performance ministry. I have taken part in it and have supported it through the years, so I know how good it can be) . . . so when things don’t go well, it turns out to be a bad reflection on me, the preacher, who made the decision to have the performer come.

Just for information sake areas of criticism include:

1. The performer was late and has kept people waiting and even caused the service to be delayed.

3. The information given at the end that’s used to raise money for the sponsoring ministry appears to be more important to the performer than the spiritual message of the performance itself.

4. The performer exercises too much poetic license and even distorts scripture during the performance.

Even if/when these sort of things happen, the performer leaves with money both contractually promised and graciously given while the preacher is the one who receives the criticism and must endure comments like, “I hope we never do that again.”

Those of us who make the decision to have performers come to our churches are putting a lot on the line and are placing a very important part of our own ministry/reputation in the hands of someone who may or may not do the job as well as advertised or anticipated.

As I see it, Performance Ministry is heavily dependent (now and certainly even more so in the future) on the relationship the performers have with church ministers. I think it good advice for the performers to consider the minister’s position in all of this and to understand that we have a lot riding on what you do when you visit our congregations both in regards to members and those who might happen to visit that day.

Make sure that what you bring is equal or better than what we are risking by having you bring it. 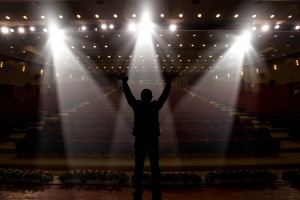 I’m thinking, “Please don’t say it. Don’t say that other word that starts with an ’s’.”

Ah, she said it. There it is–the dreaded 4 letter “S” word that is like foul language to us theater types. Yet I understand. I mean, this is church and I think the word “skit” was invented at church youth camp. It is hardly the right word to use for those of us in the world of professional theater, but it’s okay. The church, for the most part, doesn’t quite know what to do with performers the likes of myself.

The next person I encounter struggles for a better whatchamacallit…

“That was a great… uh perfor… uh… presentation.  Is that what you call it?”

Ah, yes! “Presentation” that’s the safe word. I don’t like it, but it is better than “skit,” although I think presentation works better in the corporate training world. However, I find that even I use it when describing what I do. “Presentation” is one word that can mean many different things; it’s generic. A sermon, a concert, a testimony, a drama… all can fall under the banner of “presentation” and be suitable to use in the context of a church service.

The truth is, what I have just done is a performance, usually a drama or storytelling. The common descriptor in the culture would be a one-man-show. Ah… but that creates a problem in the world of the church. The church is not the place for “shows.” And for many this is especially true when it comes to the worship service–the place I do most of my performing. The problem is not with what I do. Once experienced, most agree it is totally appropriate for worship. I describe it to many as a “creative sermon.” The problem is what to call it. The church, especially today has placed a premium on authenticity and anything too polished or too professional that feels like a “performance” is suspect.

I get it. It’s sort of a backlash against the idea that worship is just a “show” a–“performance”–and not authentic on the part of those on the platform. But worship is also a place for those with gifts in the arts to use them, and use them effectively. For us it is our offering.

So I will continue to struggle to find the right word. I’ll grin and bear it when you refer to my performance as a skit.

And then there are the other related issues:

“That was so moving… I wanted to applaud… but I wasn’t sure if it was appropriate!”

And this favorite from a friend:

“That was one of the funniest things I have ever seen. It was all I could do to keep from laughing out loud.”

Performing in the church: a conundrum.

To mark the 25th anniversary of Master’s Image Productions, one of the foremost drama ministries in the country, founder Chuck Neighbors is offering a free performance of his newest production, “Not The Way I Heard It.” Churches can simply log into the company’s website at www.MastersImage.com to vie for the free offer. On January 4th, 2010 one church will be chosen at random to receive the special performance.

“We wanted to say ‘thanks’ to all the churches and ministries for trusting our services over the years,” says Neighbors. “This is our way to give back.”

Master’s Image, under the direction of Neighbors, has grown from its first one-man drama, an adaption of the best-selling book In His Steps, to national prominence as a leader in church drama ministry. Master’s Image has performed and taught at conferences, conventions, retreats, colleges, churches, and organizations including the U.S. Military, Focus on the Family, Moody Radio, National Creative Arts Festival, among many others. The company’s productions are designed for worship services, dinner theaters and special events. In addition to touring productions, the ministry offers training and consulting for church drama ministries, published scripts, and guest services such as directing and play writing.

To commemorate the 25th anniversary, Neighbors is currently touring in a new one-man show based on the parables entitled “Not the Way I Heard It.” The 50-minute presentation is a modern-day retelling of five biblical parables. “Jesus was the master storyteller,” says Neighbors. “I wanted to keep the integrity of the original parable intact, yet bring new insights and perspectives for today’s audiences. It has been exciting to see people rediscovering these stories through this drama.”

Though Master’s Image operates as a non-profit themselves, Neighbors has partnered with World Vision for nearly a decade, sponsoring over 4,000 children and becoming the relief organization’s number one producing drama artist.

For the holiday season, Neighbors will again be performing one of Master’s Image’s most popular shows, “Merry Christmas Mr. Jones.” All of Neighbors’ dramas are original works, and have spawned several books over the years including his “how-to guide” for drama ministry, Drama Now. Neighbors recently contributed to the Lillenas Publishing project, Real Time, a collection of original short scripts on topics such as hope, adoption, freedom from abuse, God’s answers, abandonment, divorce, and depression.