The Seven Last Words of the Church 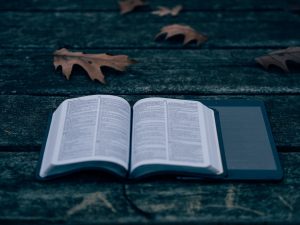 In the 70’s and 80’s I toured with a theater ministry based in Southern California. The director often quipped that the seven last words of the church were, “we never tried it that way before.”

(At the time I thought it was his original thought but have since learned that it is actually the title of a book published in 1973: The Seven Last Words of the Church or “We never tried it that way before” by Ralph Neighbour (no relation) published 1973.)

The director would bring this up when we would lament about churches that were reluctant to schedule us because it was something new, different, or foreign to the way they normally did things. This seemed to be especially true of churches that had a more liturgical format.

A lot has changed in church culture since 1973. For a time it seemed the way to go was to intentionally do things differently. Indeed, if I use the church I attended as a youth as an example, I am sure many of the “saints” would be rolling in their graves at what constitutes a worship service in today’s culture. The changes in dress, music, and a more casual attitude would, I’m sure, rock their world.

And then things changed again. Current trends reject anything that smacks of “performance” and demands that what comes from the platform be “real and authentic” (as if they can’t co-exist it seems). I am hearing again “we never tried it that way before” or a similar phrase which I think means the same thing, “what you do wouldn’t fit in here.”

Once you do something new that works a couple of times it can easily become the tradition. Being a non-traditional church establishes new traditions that can be just as entrenched and inflexible as the old traditions.

This week I heard from a pastor who said “we aren’t scheduling any productions at this time.”

I wanted to explain that it is not a “production” in the sense of sets, lights, and sound. It is simply me telling a story in place of a sermon. But I don’t think he would have listened.

Bottom line for him and so many others, “we never tried it that way before.”

Then the other day we had contact from a young pastor who was thrilled about bringing our ministry to his church. He had never heard of doing drama as a sermon before.

Everything old is new again. 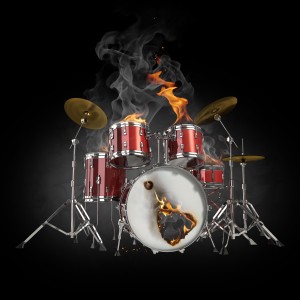 When I was a kid I played drums.

Well, actually, a drum would be more accurate.

When I was a kid I also went to church…a lot. I was involved in youth group and youth choir, and I was in the church for every service—which back then was a minimum of three times a week—Sunday morning, Sunday evening and Wednesday night prayer meetings.  I loved my church.

Back in the 1960s music in church was pretty traditional: we had a choir, and a piano and organ accompaniment. On very rare occasions a talented adult or student who played a trumpet, clarinet or flute might be invited to play for “special music,” usually during the offering. Oddly, this invitation was never extended to a drummer. (Although I could play bongo drums at a youth retreat to accompany “Kumbaya My Lord.”)

It was stated unapologetically that drums were not a suitable instrument for church music, and certainly not appropriate for the platform. The platform—that was what non-liturgical churches like mine called the chancel area. While not liturgical, the platform was still considered a “sacred space” and the items on the platform had symbolic significance. There was a communion table, which contained the Welch’s grape juice and saltine crackers on Communion Sunday and a large super-sized Bible on the Sundays when communion was not served. There was a pulpit, where the Word of God would be proclaimed each week, and behind the pulpit was a cross on the center wall. Under that cross was the baptismal (for you non-Baptists, that is a large tub filled with water, big enough for two people.)

There were usually no musical instruments on the platform. The piano and organ flanked each side of the platform and in our church were actually on the floor, not the platform.

I’ll never forget the Sunday night that things changed. I was invited to bring my drum and a cymbal and set it up beside the piano and to play, yes play my drum, to one song. Oh, the thrill I felt. I was going to play my drum in church. It was nothing too jazzy and certainly not rock-n-roll. The song was Onward Christian Soldiers and I would tap out a march to match the military cadence of the song. I felt like the little drummer boy in the Christmas carol: pa rum pum pum pum.

My how times have changed…

Today it is rare to go in to a church and not see a drum set. Even in more liturgical churches. The church has changed, music styles have changed and the platform has changed.

Today the drums in many churches are right in the center of the platform. My theater background has taught me that center stage is the strongest area of the stage. Often the most important moments in a play will take place center stage. Yep, right about where that drum set is located. Of all instruments, drums can be the most difficult to move and reset, so it is not surprising that the drums stay put from week to week. Where it used to be a drummer would cart his drums to church, today the church may actually own the drum set…I am pretty sure this would be considered blasphemy in the church of my youth.

Because drums and drummers can be loud, many churches place the drums in a “drummer’s cage” —it consists of clear Plexiglas walls complete with a roof to muffle the sound of the drums. It is a sort of prison cell for drummers. Drummers have heard it all their lives: “you’re too loud!” The phrase “it is meant to be seen and not heard” was invented for drummers. The drummer’s cage now reinforces that.

Thinking back to the symbolism of the traditional items found on the platform, I can’t help but think there may be symbolism for many in putting the drums in a cage. You have the communion table and the sacraments, the Bible, the pulpit, the baptismal and the cross on the wall.

And under the cross is a cage containing a drum set. With so many symbols of the Christian faith on the platform it is time to complete the picture, to add another symbol and show the consequence of our sin.

A caged man, a man in bondage surrounded by drums…obviously for many this must symbolize hell.

If I speak in the tongues of men or of angels, but do not have love, I am only a resounding gong or a clanging cymbal. 1 Corinthians 13:1