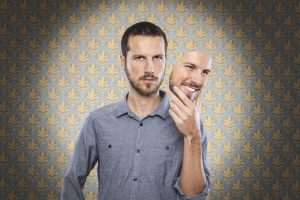 “You know, I find that one of the hardest places to be honest, as an artist, is in the church.”

Whoa! Say what? The statement took me aback a bit.

Then another voice chimed in, “Oh, I totally agree. There are a lot of audiences much more accepting of honesty in our culture. The church is one of the hardest places to speak the truth.”

Wham again! I mean of all places for honesty and truth, shouldn’t the church be at the top of the list?

The conversation was at an intimate gathering of Christian artists in a retreat setting—oddly enough, in a church. Most of the people in attendance were professional performers with a focus on ministry. For most, their audience was the church.

Among the attributes of an artist, speaking the truth is at the top of the list. And yet…

“Oh, you can be honest about some things—the ‘approved topics’ that the tribe accepts. Of course, you can talk about ‘Gospel’ truth. You can even talk about certain failings, certain areas of brokenness; the ‘acceptable sins.’ But there are lots of areas that you can’t touch.”

As the conversation continued I began to understand. There was much brokenness and hurt gathered in this room; divorce, betrayal, addictions, and other issues that are not easily dismissed. Stuff that real people deal with on a daily basis.

And they were saying that both personally and as artists they found it difficult and even impossible to speak about these things in the one place where issues of brokenness should be welcome.

I recalled a conversation with a friend who is a well-known Christian recording artist. He had echoed some of the same sentiment. His passion was to write songs about brokenness but was hitting a wall of resistance. He was told the songs he wanted to write would not be “marketable” to the church audience he was playing to. Only positive and uplifting music was desired and would be commercially acceptable.

In recent years I have been sharing personal stories from my life in my performances. One of the things I have found encouraging is that people are overwhelmingly affirming about the “honesty” and “transparency” I share in my stories… but to be even more honest and transparent, I filtered those stories to stay away from the taboo topics, that I knew deep down inside I couldn’t share. I knew my audiences wouldn’t accept those stories in the context of a church setting. I have to admit it would be very easy to be “more honest” about some of the issues if I were not playing to the church.

I am in a lot of churches… virtually a different one or two every weekend. A lot of churches advertise “come as you are” and try really hard to project an image of being a place where the broken are welcome. But are they being honest?

I don’t have an answer.

I do know that, for the most part, the group of artists gathered in this room are exceptionally qualified to speak honesty and truth, but are not feeling the freedom to do that for the audience they feel called to serve.

When Transparency and Authenticity become TMI! – 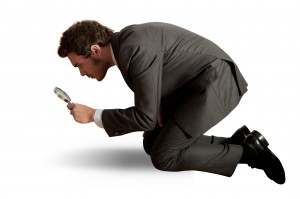 I Wish You Hadn’t Told Me That!

“I really liked your transparency in the sharing of your story.”

I appreciated the compliment. I had just finished sharing my presentation of “Go Ask Your Mother… A Father’s Story.”  In the presentation I share some of my personal struggles as a father in raising my three boys, as well as some reflections on my own father.

The compliment affirmed my goal and belief that telling honest stories based on real life experience would connect and communicate with my audience. Yes, I had been transparent… up to a point… but I didn’t really tell the whole story. There were parts that I purposely didn’t share. Parts that I held back because I didn’t want the whole truth about me to be revealed. Parts that I felt would have been TMI–too much information!

When sharing about my Dad, I didn’t share the details of the angry thoughts I had when I felt he was being too hard on me.

When sharing about my sons, I didn’t share about the times my temper got the best of me and I said some things I regret and came close to striking them in anger.

There were thoughts and actions in some of those stories that I left out because to reveal them could have caused my audience to turn against me… to not like me. I am all for honesty and transparency until it goes to a place that is too dark and makes me look bad. Especially if the story doesn’t redeem those thoughts and actions.

Is it possible to be too honest? Too transparent? Where does one draw the line?

Have you ever been watching a good movie and then have to turn your head away in disgust because the images on the screen were too disturbing? It’s a good story but why did the have to show that?! Sometimes the details of our stories can have that same effect on our audience.

I remember a sermon where the pastor shared some of his personal story. It was great up until he shared some of his thoughts that went a little too far. As we left the church my wife said “I wish I hadn’t heard that part.” The part he shared was a little too dark and now her feelings about that pastor will be forever changed because he shared too much information. It would have been fine if he had alluded to his dark thoughts, but in sharing them in detail, he crossed a boundary. He created a distraction that caused some in the audience to miss the point of the story.

It is good to share some of these stories with others. Some of my favorite stories are stories where the teller reveals their humanity, their weakness, their faults. It is what makes it relatable. I identify and it feels good to know that I am not alone. It helps me to realize that I’m not the only one who struggles, who fails, and who gets back up again after being knocked down.

But sometimes in the public telling we can go too far.

Authenticity is a cherished virtue in our culture today. Look at reality TV, the Internet and social media. We have a constant stream of “reality” hitting us from every angle. Sometimes this can be a good thing. But it can also distract us from the main point. Like watching that gory scene in the movie it’s TMI! Too much information!

Some stories are best served with some details left out. They are better for confessing to a close friend, a doctor… or to God. You don’t want your audience to walk away with things they can’t un-see or un-hear!