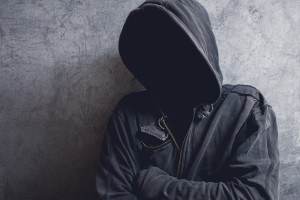 For a number of years I toured with a professional theater ministry. One popular sketch we performed was called “Who Are You?” A man on the street would be repeatedly asked that question. First responses were followed with obvious answers like the man’s name but the questioner persisted with the simple question causing the victim to struggle for a better answer. He would give labels: father, son, husband. Then he would struggle for more answers: his job, his race, his religion, his citizenship, his political party.  Still not satisfied the questioner repeated, “Who are you?” Finally the man answers in frustration; “I don’t know who I am.” The questioner then says: “Now we can begin!”

As an actor, discovering “who you are” is also where you begin and is a big part of the job. The script may give you a brief description, but usually not enough information to really create a character. “A successful salesman” might be all the script tells you, but as you work through the script you may discover a salesman who is struggling to keep pace with a new, younger generation of employees, a man whose marriage is failing and who spends a hour at a local bar before returning home from work. Now we are beginning to get a glimpse of this guy, but really just a tiny glimpse. There is more to the guy than those tidbits and the actor’s job is to flesh it out… to make it real, to get inside the guy’s head and figure out why he is threatened by the new employees, what is wrong with his marriage, what his favorite drink is at the bar and how many of those he has before going home. Sometimes as an actor, you may feel you know more about a character you are playing than you do about yourself. It can be safer to ask those really tough questions about a fictional character than to answer those same questions about yourself.

I have been contemplating my own life lately and asking that “who are you?” question again. Life changes tend to do that to you. Sometimes I coast on those surface labels: husband, father, Christian, actor… those tell you a little about me but it doesn’t tell you everything. And some of those labels are evolving. New labels, like empty-nester, soon to be grandfather, guy who gets the senior citizens coffee at McDonalds, are becoming more prominent.

There is a famous adage that has been going around a lot the last few years: “You are who you are when no one is watching.”

That can be a jarring reality, and one that I am not always comfortable with. If I am being totally honest, I don’t always like that guy. Sometimes the “me” that others see is more who I want to be than who I really am. I want to be that guy on my Facebook page where only what I want you to see is posted. The me that I am when no one is watching can be lazy, envious and sometimes thinks thoughts that are too much like the bad guys I play on stage.

Who am I, really?

Truth be told… the truth that I cling to when I have those moments of doubt and confusion about my identity is found in the way that God sees me. Only through the filter of his mercy and grace does my life really make sense at all.